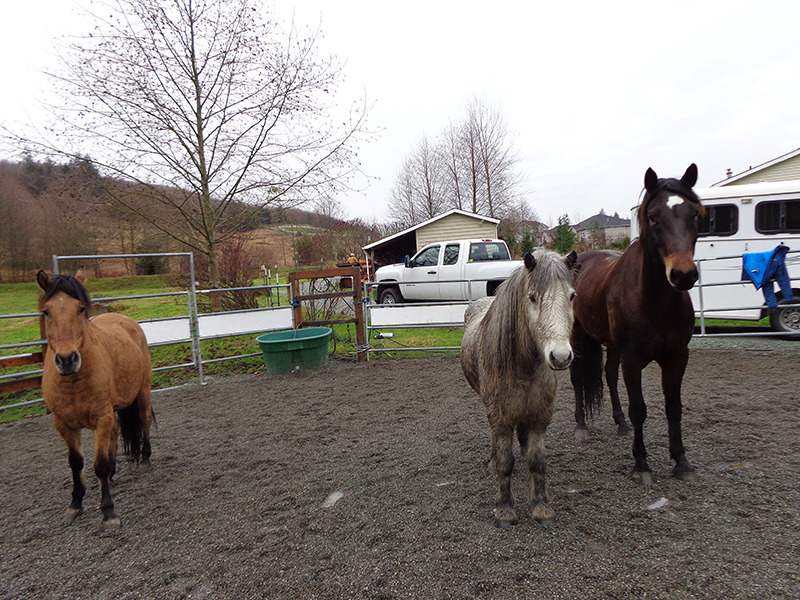 This winter I brought home a new horse. “Poema” is out of a Kiger mustang mare and is young, high spirited and unbroke. One of the training issues needed attention is working on Poema’s ability to leave, and be left by, my geldings (“The Boys”). She is particularly attached to my Percheron cross and would love to be within touching distance of him at all times.

This issue showed itself most dramatically at gates. Poema looks for comfort and security from the other horses so if she’s leaving, or one of the other horses is leaving, it upsets her tremendously. Moving through a gate quickly became a safety issue for me as her behavior here is not just pushy, disrespectful and impulsive, it is downright dangerous.

To begin working on Poema’s insecurities, I decided to draw on basic and foundational ground work skills. We started by working in the round pen and having Poema learn to seek out the comfortable, quiet place. The following include some of our exercises:

Leaving the other horses was problematic as Poema wanted to walk over me, run “through” me, and/or trot to the end of the lead rope to get a look back at the other horses.  Using that wonderful forward energy, we worked on circles, disengaging the hind, bringing the front across and changing direction while moving in the direction I wanted to go.  Keeping Poema’s feet busy rather that fighting with her or giving her something to brace against was the first step in moving her safely away from the herd.

Once in the round pen, Poema was totally oblivious to me, pacing and “worry walking” at the gate that leads to the field. When I walked toward her, she would turn her hindquarters to me, swish her tail, shake her head, pin her ears and move laterally away from me. She kept her eyes toward the location of the other horses even though they were out of sight.  I needed to be mentally prepared in this scenario, not bothered or afraid by her behavior and physically prepared to back up my request for movement away from the gate.

The gate quickly became an uncomfortable place for Poema:  if she came around the pen to get to the gate (where I was standing), she was blocked by the flag and moved out of that space in a hurry.  I had a predetermined spot in my mind, within the round pen, designated as the place of comfort (it happened to be the water trough). This way I could be very specific in my cues and have an easy target to aim for. When Poema trotted or cantered toward that trough I took the pressure off by quieting my mind, body and the flag. I also stepped backwards to release the request for movement. If the mare blew by the trough and came around towards the gate in the other direction the process was repeated. If she did not hear my quiet request, I got big with the flag and made it very uncomfortable to be by the gate. As she approached The Quiet Place, I removed all pressure and allow her to relax.

Asking/offering gets repeated over and over in the above scenario with me shrinking the space that is comfortable and increasing the space that is uncomfortable until Poema, on her own, seeks and recognizes the quiet place by the trough where she can stand without pressure. While there is a lot to think about, this exercise actually takes very little time. It should be done in small steps consistently and frequently to see results in your horse’s behavior.

Pushy and disrespectful behavior does not have to be ignored or tolerated. Taking the time to do something toward the goal of having a horse that is respectful and safe is well worth doing.

Published in May 2015 Issue 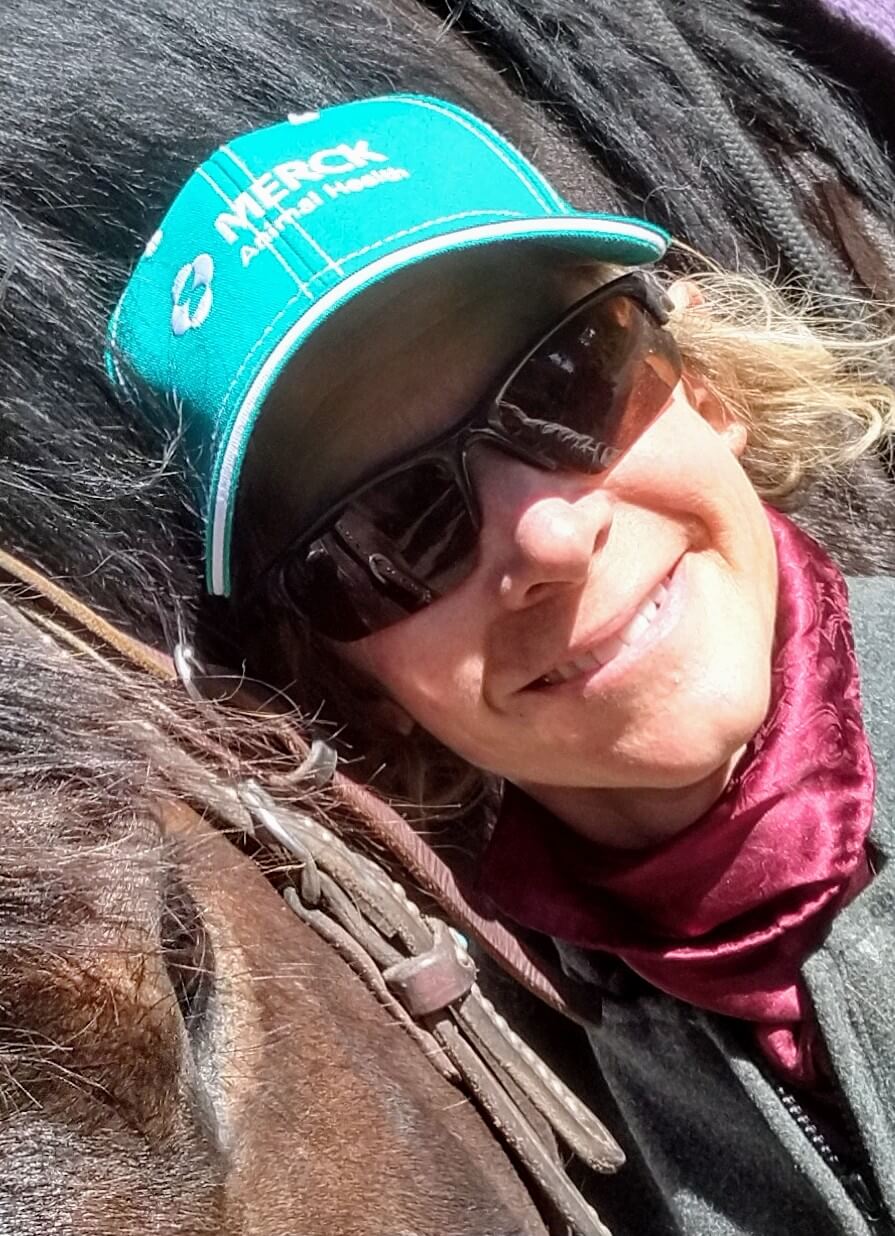 Thankful to call the Pacific Northwest home, Laura Schonberg is an educator in a local school district and is outside at her place when she isn’t inside at work.  Summers are spent cow-girling at a friend’s ranch, with forrays into the Cascade Mountains as time and weather permit year-round.  Winter finds her at a local barn doing dressage lessons to support her ranch riding, and re-starting horses through the county’s equine rescue program.