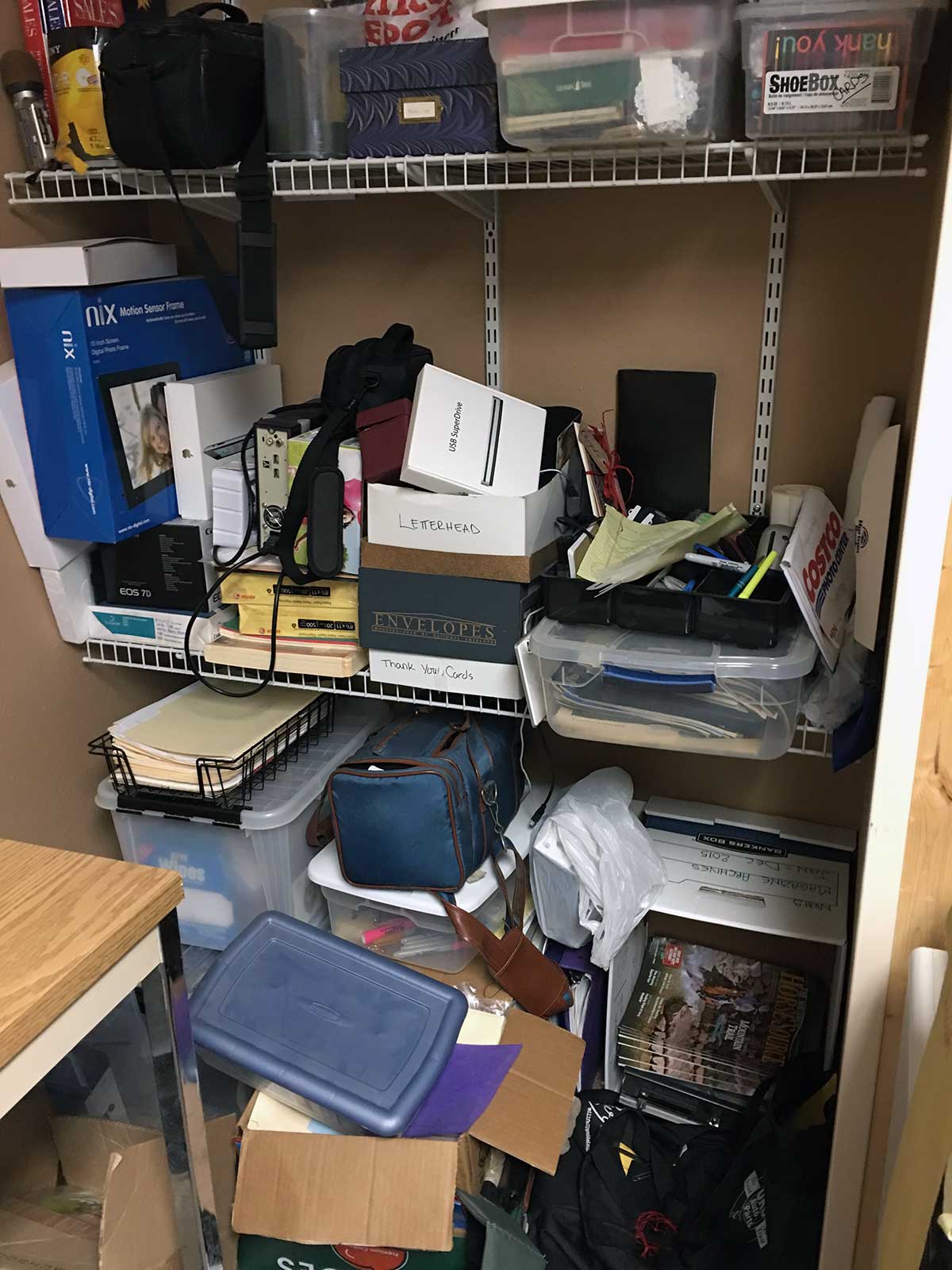 It’s painful but worth the process

Monday was the 18th (Martin Luther King Day). I planned on spending the whole day organizing my office so I could find things easily and get rid of the depressing clutter. By the time I went through emails, answered a couple of calls (wasn’t this suppose to be a holiday?) it was already 11:30. Decided I better not answer the phone so I could get through this project. If I get distracted, it’s all over.

I stopped at noon to make lunch then got started removing everything from the office shelves. At 1:10 PM I was tired but there was still more to come off the shelves. Ugh, I still got to go through all the boxes. First task, separate the stuff to keep from stuff to sell or discard. It’s amazing how much accumulates in one year. I just kept telling myself, “Wow this is going to feel good to be organized!” I resisted the temptation to go through each group of photos in envelopes. I use to do all my photography on a film camera so I have thousands of printed photos and negatives. Man was that tempting.

3:30 PM Okay, now I need to stop and go get the horses for the farrier, pick my pens and get the stalls ready for the horses to come in. Came in about 5:00 to get started again. Got a call from a client. Worked on uploading photos from 6 – 8:30 PM. Got started again, wow, getting tired. But it’s thinning out. Almost got the kitchen table cleaned off.

I get up at 4:30 AM in the morning so by now I’m fading really fast…..almost done. Organizing is something I love to be but hate to do so it’s hard for me to commit this kind of time to cleaning but it sure is worth it. Whew, one room down 4 more to go!

So this is what a NWHS holiday looks like but the March magazine process should go much faster this next month. We have the added fun of a trade show in February and March so I needed to keep on top of things. Now it might happen. So, stop by our booth at one of the expos and say Hi!

Quote: For every minute spent organizing, an hour is earned. ~ Benjamin Franklin