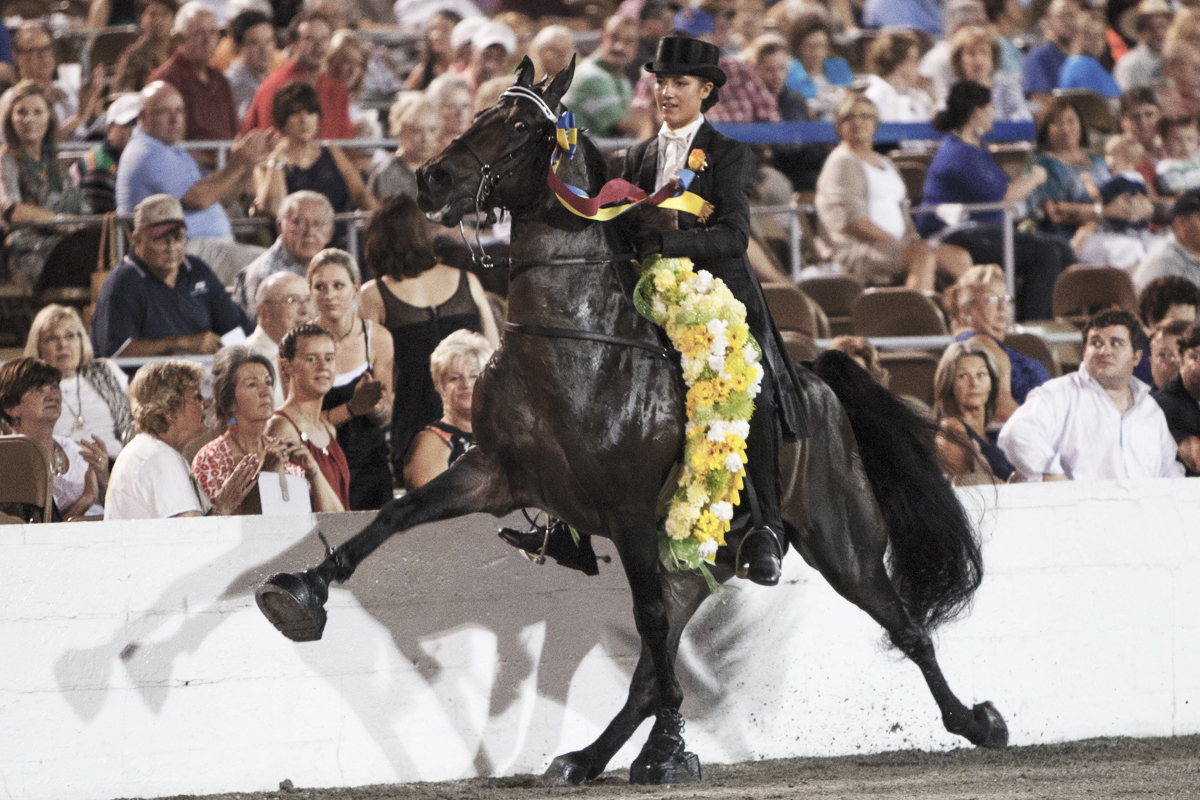 WASHINGTON (Jan. 13, 2017) — In a move that should largely spell the end of the barbaric and gratuitous practice of horse soring, the U.S. Department of Agriculture announced the release of its final rule to upgrade Horse Protection Act regulations. The rule bans the use of medieval stacks, chains and other cruel devices and eliminates a corrupt inspection program that placed the very people abusing horses in charge of enforcing the law. The Humane Society of the United States and Humane Society Legislative Fund credit President Barack Obama and Agriculture Secretary Tom Vilsack for taking this important anti-cruelty action.

The HSUS conducted a series of undercover investigations that exposed top trainers in the industry torturing horses to win ribbons at shows and to gain notoriety in the field. Those investigations reminded the American public of the barbarism involved in this narrow segment of the horse show industry. Soring involves the intentional infliction of pain – by mechanical or chemical means – on the feet and lower legs of horses to achieve a high-stepping, pain-based gait known as the “big lick” in Tennessee walking horses. Controversy over these practices has resulted in many good people fleeing the sport, crippling attendance at the main events for the industry, and staining Tennessee’s reputation for more than half a century.

Wayne Pacelle, president and CEO of The HSUS, said: “Horse soring is a stain on Tennessee’s reputation, and today’s move by the USDA begins to wipe that stain away. Hurting horses so severely for mere entertainment is disgraceful, and I put this abuse in the same category as dogfighting or cockfighting – practices that betray our humanity and that cannot stand the light of day. We applaud Secretary Vilsack and the Administration for addressing these issues before President Obama departs the Oval Office.”

A robust set of regulatory changes are contained in the new rule, including:

These were key components of the widely supported Prevent All Soring Tactics (PAST) Act, which was introduced largely because the agency hadn’t acted on its own to fix these problems. It was cosponsored by 50 Senators and 273 Representatives in the last Congress. A bipartisan group of 42 Senators and 182 Representatives wrote to the USDA in the fall voicing strong support for the agency’s proposed rule, as did more than 100,000 citizens. The changes are also consistent with requests in a February 2015 rulemaking petition filed by The HSUS, with pro bono help from the international law firm Latham & Watkins.

The HSUS and HSLF are especially grateful to Reps. Ted Yoho, R-FL, Kurt Schrader, D-OR, Steve Cohen, D-TN, Jan Schakowsky, D-IL, Sen. Mark Warner, D-VA, former Reps. Ed Whitfield, R-KY, David Jolly, R-FL, Michael Fitzpatrick, R-PA, and former Sen. Kelly Ayotte, R-NH, for leading the fight for the Prevent All Soring Tactics Act (which includes the ban on stacks and chains and eliminates the industry self-regulation program) and building so much support for this reform in Congress. We also recognize former Sen. Joseph Tydings, D-MD, for leading the fight to enact the Horse Protection Act in 1970 and for never wavering in the fight to protect horses.

The Humane Society of the United States is the nation’s largest animal protection organization, rated most effective by our peers. For 60 years, we have celebrated the protection of all animals and confronted all forms of cruelty. We are the nation’s largest provider of hands-on services for animals, caring for more than 100,000 animals each year, and we prevent cruelty to millions more through our advocacy campaigns. Read more about our 60 years of transformational change for animals, and visit us online at humanesociety.org.