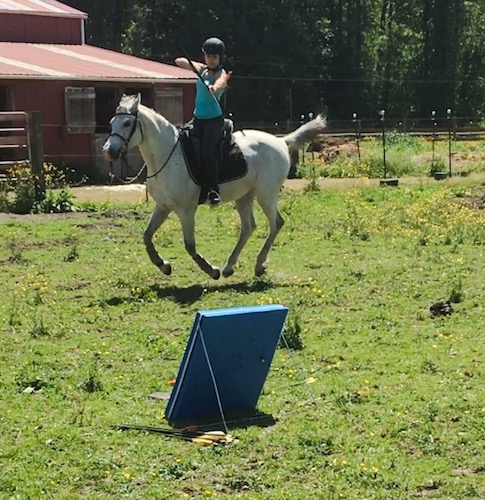 A Sport of Trust, Strength and Luck

Mounted archery is an ancient tactic, traditionally used for hunting and war. It is coming back into popularity as a fast-paced international equestrian discipline. This high-action competitive sport calls for a talented, courageous rider and a well-trained, balanced horse. It’s also a highly rewarding sport that tests and trains all of our senses — both human’s and horse’s.

I recently started combining my love of riding with my passion for traditional archery. At first it was just one afternoon playing around with a kid’s bow and a few arrows in order to have something new for desensitization, but I quickly found it a new challenge for me and my Arabian gelding, Gavilorr, to conquer.

It’s not just shooting an arrow at a target. Mounted archery’s ancient soul and worldwide connections have led to many kinds of competitions that dictate the number of targets, the distance of those targets, and even how one holds the arrows (either in hand or in a hip quiver). For example, the Korean style consists of three separate phases in which the archer must first shoot a single target set at seven meters from the rider within fourteen seconds. Then within the same time, the archer must shoot two targets in the second phase, and three targets in quick succession during the third.

All in all, this takes a lot of trust and a lot of training for both horse and rider to run down a 90-meter line shooting a deadly weapon. And it never gets boring. There are many different styles of bows, target settings, and shooting techniques one can learn and practice to become a skilled marksman from the back of a horse. There’s nothing like cantering around a target, taking aim, a deep breath, and letting loose the arrow—over and over again until practice makes perfect.

To learn more about mounted archery in the U.S., check out The Mounted Archery Association of the Americas (www.mountedarchery.org) which details more of the competition styles, how and where to train, and how to find a community of mounted archers near you.

Aliena Hook grew up in the Northwest and discovered horses at a young age while attending a birthday party. Beginning with her first rides and through many years of training, Aliena has strived to develop her own way of training based on natural horsemanship and focusing on the bond between humans and their horses.
When she’s not riding, she is writing. Aliena is currently working on her first book about her rescue horse Orion, and the issues surrounding the horse slaughter industry.
Aliena lives and works in Bellingham, WA and owns two Arabian geldings that she trains and learns from on a daily basis. She is a senior at Western Washington University, and hopes to pursue the careers of both trainer and writer in the near future. Contact her at alienafreerider@gmail.com or through Facebook. 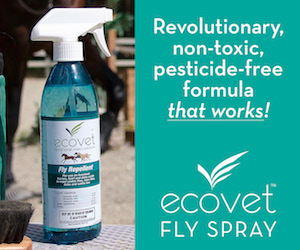