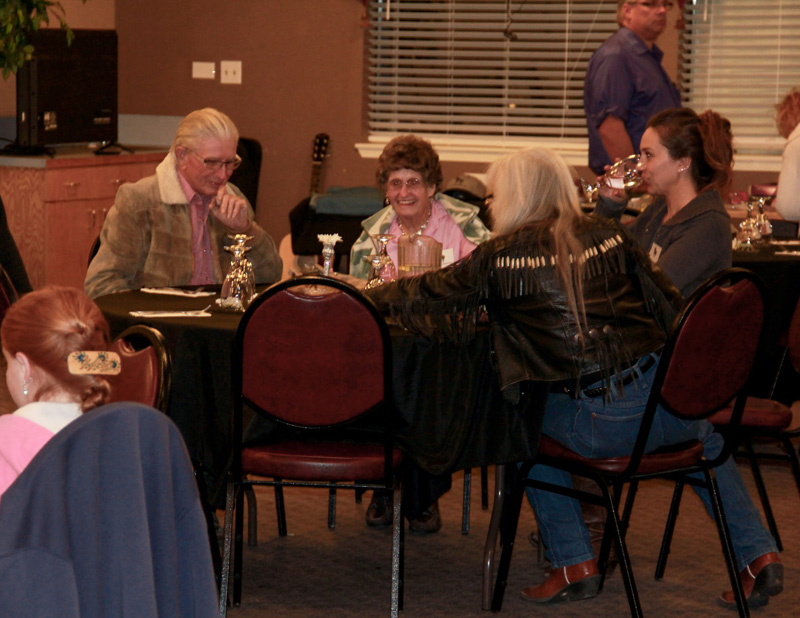 Highlights from the Annual ABHA Banquet 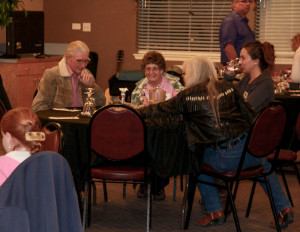 The American Blazer Horse Association held its annual business meeting and banquet on November 7th in Nampa, Idaho. The theme of the evening was “Let’s Stirrup Some Fun” and that is exactly what we did! Door prizes and awards, along with bidding on silent auction items, kept the evening lively. The winner of the yearly “Cutest Baby” contest was announced and honors went to “CC” (Cowboy’s Cadillac) owned by Crystal Tonto. Be sure and look for the contest next year and send in your pictures for a chance to win.

We gave out two ambassador awards this year. The first was given to Amanda Casper from Coeur d’Alene who is always telling people about her horses. She has two Blazers, Bold Fresh Asset and Cowgirl Classic, and competes monthly in a play day series with one or both of her horses. She always places and often wins the high point awards. The second ambassador award went to Crooked River. He is a 27-year-old stallion owned by K’Linn Huffman and his offspring have continued to keep the Blazer breed growing and strong.

This annual meeting allows members to hear the yearly reports and they are also able to ask questions and share ideas. During this time the next term board members are announced and ABHA welcomes these new and returning board members: Yvonna Bocci, Bessie Fletcher, Trisha Vranish, Katharine Cram and K’Linn Huffman. We also wish to thank all the volunteers that served throughout the year. For more information visit blazerhorse.info. Find American Blazer Horse Horse Association on Facebook.