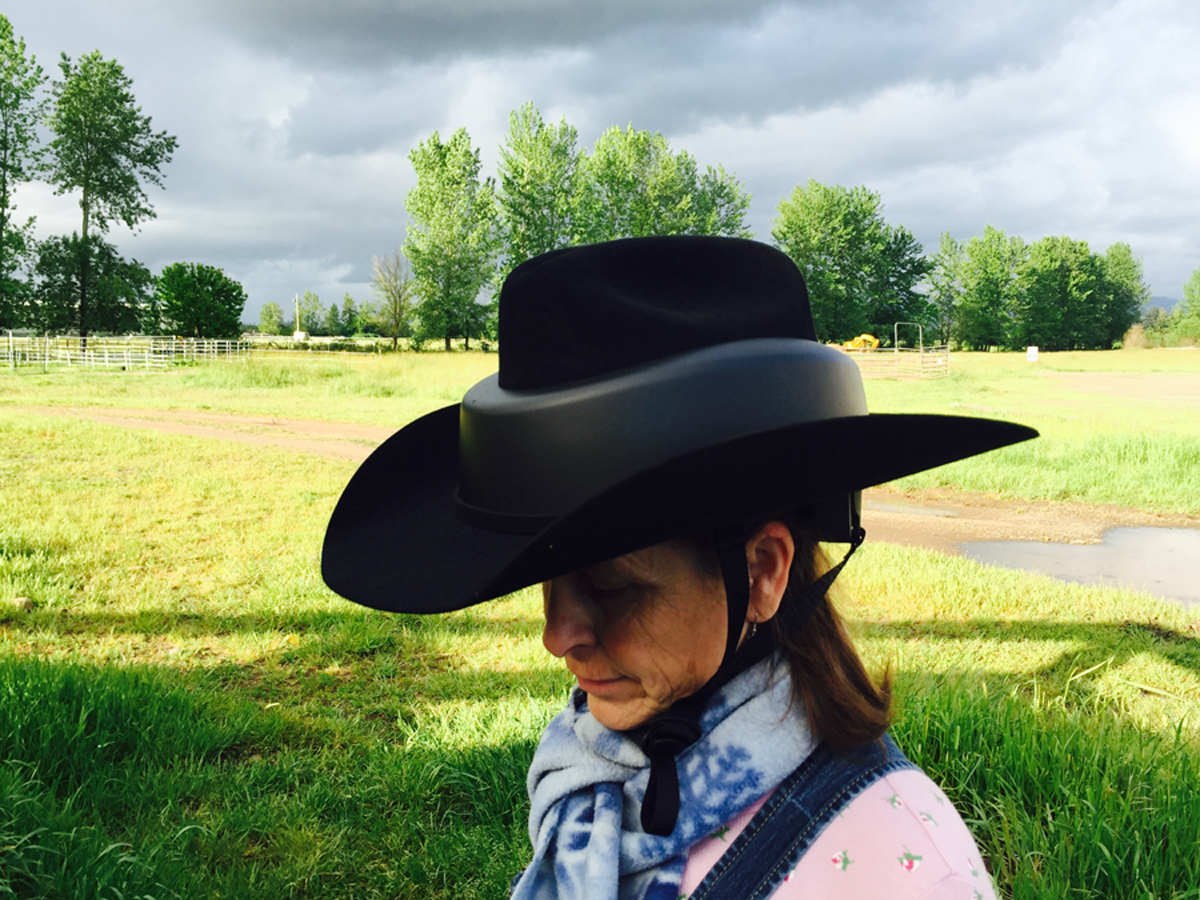 The Truth about Head Injuries and the Equestrian

There have been a few well publicized and tragic deaths from horse accidents this year. Each new accident sends ripples of grief and concern through the horse community, as well as reigniting the helmet debate. I recently saw an advertisement for the Resistol Ridesafe western helmet, a new helmet designed to look like a western hat. It caught my eye and, with this debate in mind, I decided to reach out to the company so I could give it a try.

I’ve never given much thought to wearing a helmet, either in favor of or against them. They have simply never been a part of my riding culture. Because I don’t wear a helmet, my first goal was to find data supporting their use. The information I found was sobering. I have distilled it down for this article to include some of the more meaningful and striking data.

Information provided by Riders4Helmets.com states that, on average, there are 8 traumatic brain injury (TBI) deaths from contact sports such as football every year. There are approximately 60 deaths per year from equestrian accidents. Furthermore, according to the Equestrian Medical Safety Association, 60% of deaths from riding accidents were attributed to head injuries.

A recent article on ABCnews.com reviewed the study of TBIs published in the journal Neurological Focus. Looking at 9 years of data, researchers found that equestrian sports accounted for the highest percent of TBI’s among adults at 45.2%. The second leading cause, accounting for 20.2%, of TBIs in adults was contact sports. The correlation between brain injury and horseback riding has been attributed to the height of the head off the ground as a TBI can occur from a fall of just two feet. When mounted on a horse, the height of the head is elevated from 8 to 10 feet. One article I found on TheHorse.com looked at a Cambridge University study which surveyed 1,000 hospital admissions for riding accidents. The study found there was one fall resulting in injury for every 100 hours of leisure riding and one fall resulting in injury for every five hours of amateur racing over jumps. The study further found one fall resulting in injury for every 5 hours of cross-country eventing.

These statistics should grab our attention, making all riders seriously consider the argument for helmet use. They are not just for riders who are inexperienced or have a poorly trained horse. The statistics point more toward the frequency of the activity as a predictor of injury, as well as the discipline being pursued. This information highlights the real possibility of traumatic brain injury from riding, and also that helmets can reduce that risk.

Information from the Centers for Disease Control states that young children and teens are more likely to get a concussion and can take longer to recover than adults. High school equestrian teams seem to have acknowledged this fact and now require helmets during their meets. From what I have seen, breed shows have not caught up to this culture shift. While the USEF rulebook states that “head protection may be worn in any class without judgment,” the only classes in which I see helmets being worn are the hunt seat classes. The New England Journal of Medicine has also indicated that helmets can reduce head and brain injuries by 85%.

Now more convinced on the value of helmet use, I strapped on the Resistol Ridesafe helmet and took it for a test run. I found it to be comfortable and about the same weight as a regular helmet. I tried a Troxel Sierra riding helmet to get a sense for how a standard helmet feels in comparison to the western helmet. While the Resistol Ridesafe was more comfortable, it isn’t vented so I found it hotter to wear and was sweating almost immediately when I put it on. The helmet is ASTM/SEI certified and seems to be made with a nice quality felt. From some angles, or when riding around the arena, I don’t think you can tell very easily that the hat is actually a helmet. Several people at the barn stopped me to take a closer look and try it on. Everyone had a positive reaction to it. I feel Resistol did a good job making this product. I’m not sure the helmet will convince everyone to wear one, but it may entice those who have been resistant due to the aesthetics of helmet use. The most important thing to remember is that as long as a helmet is ASTM/SEI certified, the best helmet is the one you’ll wear.