Ride with Your Whole Body

We started liberty work from the ground six years ago when I first purchased Gav. He was still green and didn’t know how to trust his rider and I, fifteen at the time, didn’t know what I was doing either. I did know that our relationship had to be built on trust, understanding, and patience. Free lunging became an integral part of our daily routine, which turned into some trick work such as bowing and lying down. All this work helped him to focus on me and not everything else around him; it also built up our bond until he looked to me as a leader.

Again, we started from the ground. Gav learned to back, halt and move off the pressure of the neck rope—the basics. For most of this work I kept the rope high on his neck (just under his mandible) where I had more control while he was still learning the aids. After that I moved the rope down closer to his chest and made my aids lighter, as I would while riding.

He took to the neck rope right from the start, accepting it more easily than he had accepted the bit in his early training. I believe the neck rope is a more natural aid to a horse because it affords simple pressure and release training with the reward within the work and within the release of the aids. For example, for a trot-to-walk transition, my aids with the neck rope would be adding more pressure to the rope (angled to about my shoulder) while my weight sinks onto his back and falls a little behind his current pace. The release of my aids comes once he has completed the transition with relaxation of the neck rope and in my body.

Riding with just the neck rope frees up one key part of the horse: the head. I noticed right away with Gav (and now my other horse Orion) the first thing that happens when using the neck rope in place of the bridle is a more relaxed jaw. Both horses chew and lick more with the rope than they do on the most relaxed trail ride with a bit. Riding bit-less not only allows the horse to relax, but it also reminds me not to restrict the horse’s movement with my hands when I go back to riding with the bit.

For Gav and me, taking away the bit has allowed us to find a trust in one another that we lacked previously. I now trust that he will listen to my aids, even without a bit or saddle, and he can trust me to keep the dangerous things in the outside world at bay. More of my aids come from my legs, hips, shoulders, and core during liberty riding than when using a saddle and bridle. I discovered that I had become lazy and overly dependent on the bit and reins for communication.

Riding is not just about what the bridle and saddle can do for us in terms of control; we need to use our entire body and mind. This allows our horse to use his whole body as well. To trust and use our body allows the horse to learn and trust in his. 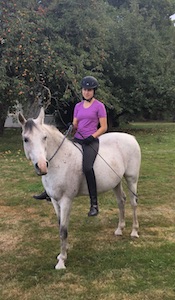 Aliena Hook grew up in the Northwest and discovered horses at a young age while attending a birthday party. Beginning with her first rides and through many years of training, Aliena has strived to develop her own way of training based on natural horsemanship and focusing on the bond between humans and their horses.
When she’s not riding, she is writing. Aliena is currently working on her first book about her rescue horse Orion, and the issues surrounding the horse slaughter industry.
Aliena lives and works in Bellingham, WA and owns two Arabian geldings that she trains and learns from on a daily basis. She is a senior at Western Washington University, and hopes to pursue the careers of both trainer and writer in the near future. Contact her at [email protected] or through Facebook. 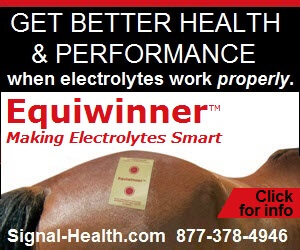