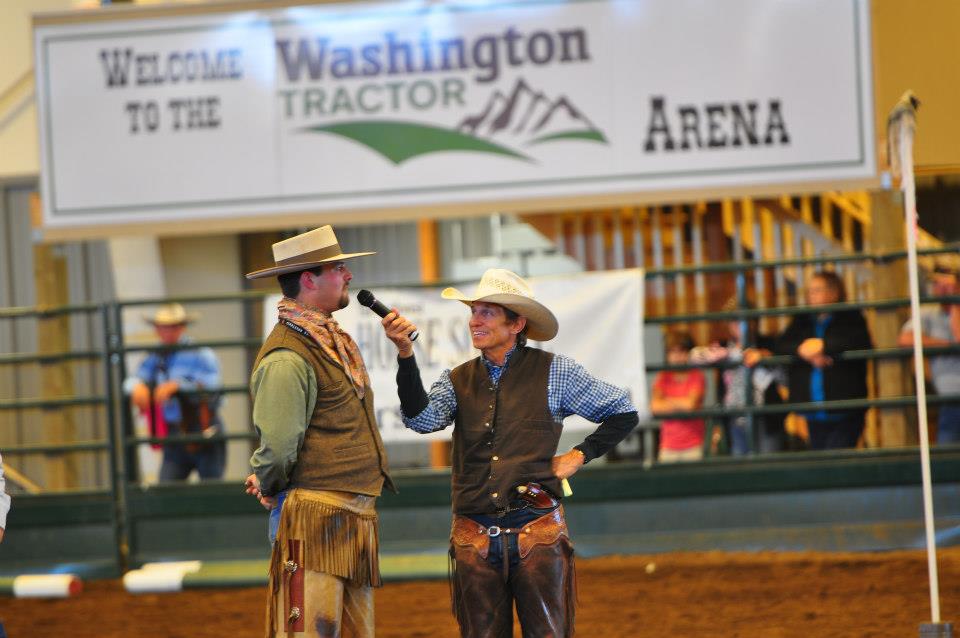 My Introduction to a Popular Equine Sport

The first Extreme Cowboy Race I ever saw was on TV with Craig Cameron commentating. It looked like great fun. I had heard of the race through a few people and was curious about it. Little did I know how familiar Craig, and the sport, would become over time.

As it turned out, my first race competition was also my first mustang makeover.  The event included the cowboy race; since I was already there for the mustang I brought a second horse for the race. The race was intense. Just watching the other competitors made the knot in my chest harder.  It was fascinating to consider how each person attacked the course. Each had their own style: some went fast and hard with little control, some went fast from obstacle to obstacle slowing down only to complete it then taking off again, others were very slow, but controlled. As I watched I formed a plan and tried to memorize the pattern.  My heart was pounding nearly out of my chest and I did my best to remain calm so I could soothe my horse as I entered the arena.

I decided if I did decent in the race I was going to ask Craig for a job since I hungered for more education and desired to apprentice under someone. I wouldn’t take no for an answer.  After I raced and saw my scores I felt pretty good so I bought a Ride Smart book and ran out in the arena while they were putting away obstacles.  I approached Craig with the book and he signed it for me. Before he put the pen away I said, “I want to work for you.” Not knowing me from a hole in the ground he asked me what I could do for him. I told him whatever he wanted.

Craig seemed to dismiss me, but I wouldn’t quit. After harassing him all the way to his booth he told me his current apprentice was on his way out. If I could get myself on a plane in two weeks I’d have a job. Needless to say, I loaded all I owned, including my saddle, and got a ticket to Texas.  Before all this I had never been on a plane and had barely been out of the state of Oregon.  I was excited, scared and sick, all at the same time.

I spent two years in Texas with Craig and traveled all over the United States with him. I helped with more clinics than I can count and had a lot of responsibilities. When I worked hard and got them done I would ride in the clinics and Craig worked with me.  During the winter I spent days riding with him, just the two of us. This is where I blossomed. Craig pushed me out of the comfort zones, barriers and excuses I made for my mistakes.

In addition, I helped with many judges’ clinics where Craig explained what to look for and how to score a race.  Sometimes he would have me ride a course for the judges and then critique their scores. I learned quick what worked and what didn’t.  Every race we attended Craig and I discussed it: what we liked, what we didn’t and how we would have scored it.  I even went to the world finals in Topeka and watched some true masters compete.  My job was to reset the course or repair it if needed. Craig always stressed how important is was for the course to be the same for everyone.  There was some amazing talent at the finals and being a part of the biggest Extreme Cowboy Race felt great. I became a better horseman just from watching.

In this series of articles, I am aiming at the backyard rider who wants to participate in an Extreme Cowboy Race, but doesn’t know how to begin.  Over the next few months I plan on giving you one heck of a head start, including what you need to know to race well (without too many mistakes) and how to prepare yourself and your horse before the race. I will also explain how to approach and execute most obstacles you will encounter and contrast an extreme race with other, low speed, obstacle challenge shows. I hope you will join me!

Brent Rollins is one of the industry’s leading experts on mustangs. He has been called the “mustang whisperer” by Craig Cameron. Brent is an EXCA cowboy race judge, and Craig Cameron certified Trainer. Brent travels Oregon, Washington and California giving clinics and expos, promoting the mustang and their versatility. He educates adopters and potential adopters on what to expect with their new mustang and deals with misconceptions regarding mustangs and domestic horses. He also helps with problem horses. Brent believes that every horse deserves a chance to be great. For more information about Brent and his program visit www.brhorsemanship.com. 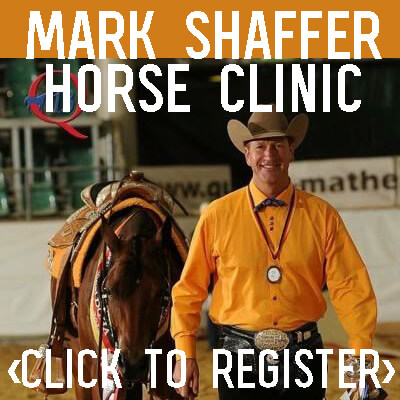