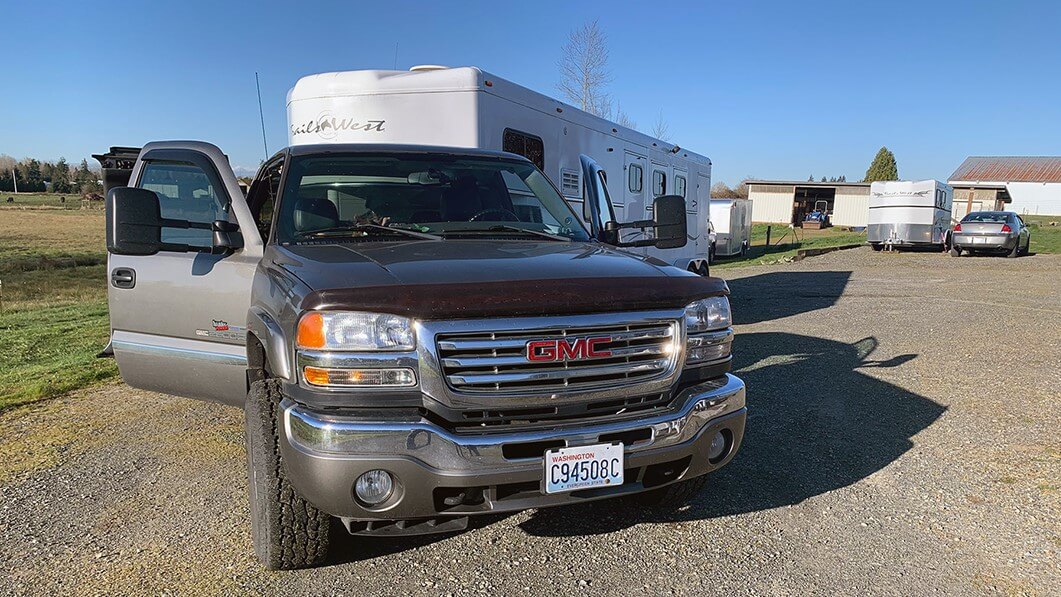 Well, the excitement of moving has worn off a little. I’ve just completed over 3,000 miles to and from Colorado moving the horses over. Preparing for the move was grueling, to say the least. However, I think the best part of moving is the clearing out all the things that haven’t been used for years. It can be somewhat painful but in the end, it feels good to unload stuff. It’s amazing how much gear you can accumulate over the years. We’ve been in the same house since 1985 so it was a huge undertaking.

Tack takes a beating when it’s stored and not used. I had a heated tack room in Washington with a dehumidifier running all the time and heat in the winter. Still, I opened up boxes of somewhat moldy tack. I probably will have other issues like my gear drying out in Colorado, but my point is… if you haven’t used it in three years you probably won’t ever.

The trip to Colorado with the horses was a very long drive. Horse haulers really earn their money. The cost of fuel and inclement weather made the drive a little nerve racking at times. We hit wind and dust storms in Idaho that have me still picking tumbleweeds out of our truck grill. The dust was so thick you had to drive with your headlights on.

As soon as we hit Laramie, Wyoming we encountered bitter cold, wind, and it started to snow. I decided to keep going so we didn’t get stuck in a snowstorm. Bad idea! Entering Colorado, it was blowing and snowing so hard you couldn’t see the road. Of course, it was dark too! Weather reports can certainly be off by just a few hours and that was all we needed to get the horses to their new home. Thank God for snowplows!

When we arrived at our destination it was about 4:30 in the morning. The horses were glad to get out of the trailer and I was amazed they did so well. Chloe (my miniature horse) did great but a few days later ended up choking on something (she was due for teeth floating too). I was sure it was shipping fever (thankfully it wasn’t) but it was a scary few days. We called a local veterinarian and she came in another blinding snowstorm late in the evening. A big thank you to Shilo Cavalcanti of Rocky Mountain Equine Clinic for braving the storm to come treat Chloe.

Note: Recently I have had several phone calls wondering where the print magazine was. It saddens me to have left print behind for digital but there’s been more reasons to go digital than not. While we’ve had a digital magazine for over 10 years, I believe it’s been seriously underused. Now that our readers don’t have the print option, we’ve seen a serious growth in the online magazine. It’s still the same great content, you’re just reading it in a different fashion. You can even listen to it as well! The Amazon Alexa technology has allowed us to offer quality audio with every article in the magazine…even the back issues!

This has been such an incredible journey. I will have stories, I’m sure. I’m just so glad that technology has advanced to the point where I can live anywhere and still operate The Northwest Horse Source.

Quote: Cheerfulness is the best promoter of health and is as friendly to the mind as to the body.

See this article in the June 2021 online edition: