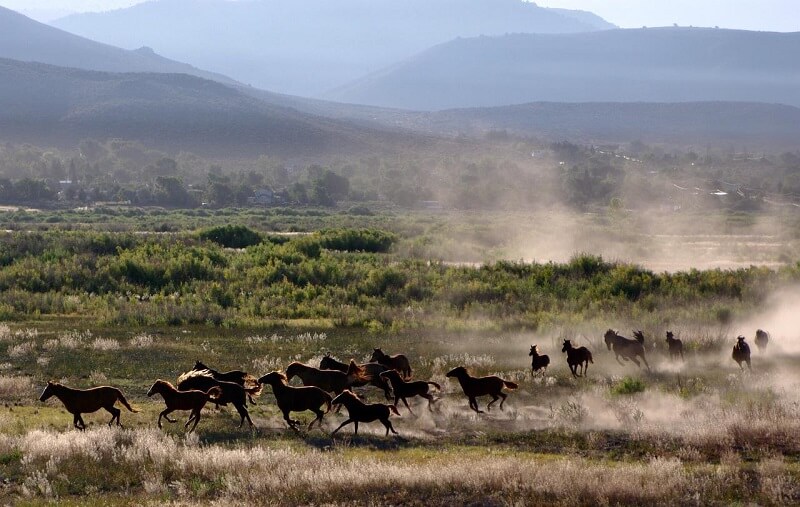 From the Associated Press

Friends of Animals said in a lawsuit filed in August up to 4,000 horses would be held captive inhumanely for months or years at a time in dusty, manure-filled pens without shade or wind-breaks in Nevada’s high desert.

At a cost of of millions of dollars annually to U.S. taxpayers, the lawsuit says it’s part of the government’s misguided effort to appease ranchers by accelerating roundups of mustangs competing with their livestock for public forage across much of the drought-stricken West.