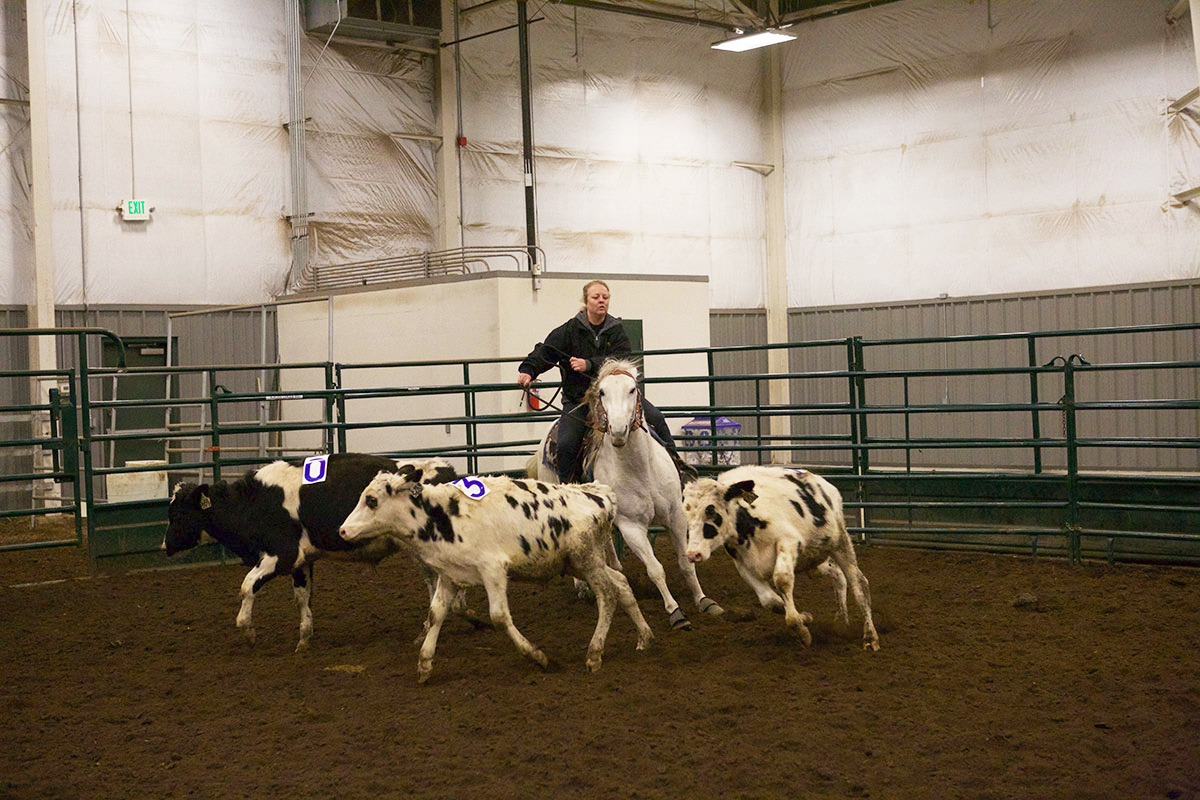 There were still a few diehards at the Wednesday night sorting…. Many of us hadn’t ridden since November. Nevertheless it’s always an evening to look forward to. Can’t describe how much fun sorting is, even if it’s not a spectacular run. April seems to enjoy working the cows. She always has her ears up, watching when we’re waiting outside the pen.

Shelly DeBoer’s new hot rod horse, Indy, makes sorting look easy. She’s a fun partner and so patient with me with how infrequently we ride.

I’m glad to be riding April. Last year before Skoshie Davis came to help her, I honestly thought she was done. I was super surprised when she did fairly well Wednesday, as the ground in her pen has been frozen. It’s tough on a horse with Navicular issues but hoof boots and deep footing in the arena made it doable for her.

I’ve been pretty lax about exercising her. With my husband’s health issues and keeping the magazine going, my time is fragmented. Just got to make it a priority. No more excuses! Exercise is key in rehabilitating her.

We shot a short video from Wednesday.

If you have a horse with a Navicular issue, I’d recommend giving Skoshie a call (360) 398-9863.  She specializes in horses with Navicular. What have you got to lose?

Quote: Challenge yourself with something you know you could never do, and what you’ll find is that you can overcome anything. ~ Author Unknown