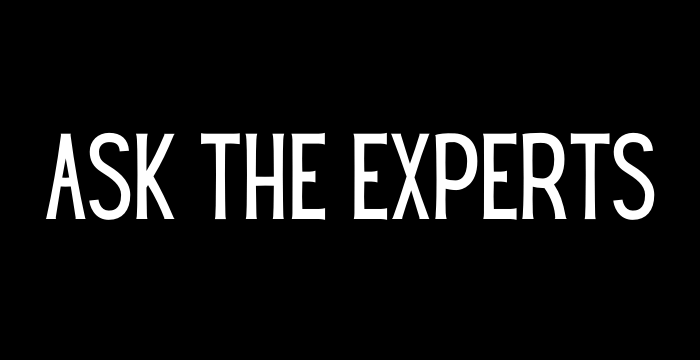 My previously foundered mare came down suddenly lame as we had a Siberian cold front come in. We live in NW IL and the wind chills were -34F this lasted for 2 weeks. Temps have become more seasonal and we are due for a stretch of 50 degree weather. She is still seriously lame. We have been blanketing her at night and wrapping her legs. She was a rescue that was chronically foundered for many years – 4 years ago we brought her home and rehabbed her and have been happily riding her with no issues. We are very worried for her. She is on grain free diet of just alfalfa and beet pulp pellets along with Vermont Trace minerals and locally grown grass hay. I have added Laminox to her feed. Are we doomed to lose this wonderful mare? She is currently wearing boots with pads and in a well padded stall at night.

The first step in this case would be to get new x-rays done along with a physical examination, to remove guesswork, determine the damage, and find the precise location where support is needed. Without this evidence, solutions are conjectural, but Farriers Seth Noble and Ian Davies propose two possible courses of action.

Davies points out that the sudden onset of lameness with the ground freezing over is too much of a coincidence, with the hard frozen ground bruising her already vulnerable situation. Having previously foundered, the sinking or rotation of the pedal bone brings the tip of it closer to the ground surface, and with reduced sole depth there is reduced protection. Davies’ guess is that the pressure on the thin sole is causing the continued severity of lameness, even with padded boots.

“The boots with pads are still loading the sole,” Davies explains. “Without transferring load to the frog, the sole cannot heal.”

As a first step, Davies says heart bar shoes would relieve sole pressure, and relief should be instant. The sole could then be packed with a soft pour-in application, or similar. “My preference would be to glue-on imprints—a plastic, flexible support shoe. There are a number of similar applications on the market, all as effective.”

Seth Noble says, “The most important thing to address is the base cause of the laminitic pain. In the past, Alfalfa has often been a trigger,” so the feed may be a factor. Noble also advises glue-ons as a possible next step, with a care plan focusing on orienting the coffin bone correctly, stabilizing the lamina and increasing circulation. “My goal would be to stabilize the coffin bone within the hoof capsule through trimming and support.”

Support should be agreed upon by all on the horse’s care team, and could be as simple as a barefoot trim and hoof boots to glue on shoes with reverse wedges. Davies and Noble agree that metal shoes and nails should be avoided. However, Davies would avoid reverse pads or any application that would further increase tension on DDFT. For him, the immediate goal is to relieve sole pressure, with a long-term goal to remodel the hoof around the rotated third phalanx (P3).

Again, x-rays will be essential to determine the exact plan, with Davies adding that x-rays from the time when the mare was foundering could also be helpful.

Special thank you to Noble Farriery:

Seth Noble: Seth Noble attended Oklahoma Horseshoeing School in 1995 after he fell in love with horses while working on ranches in Montana and Wyoming. He started his farrier business in Ellensburg Washington in 1996 and immediately became interested in collaborations with trainers and rehab specialists. 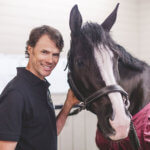 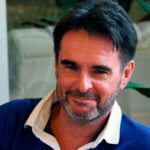 Ian Davies: Farrier Ian Davies has worked in an array of disciplines including Racing, Dressage, Eventing, Jumping,  and Polo. His career focus on elite equine athletic performance and foal correction has taken him around the globe, with clients in the UAE, Saudi Arabia, Japan (Northern Farms), Germany (Paul Schockemöhle), the US and UK, among others. Davies is a principal farrier with Noble Farriery.