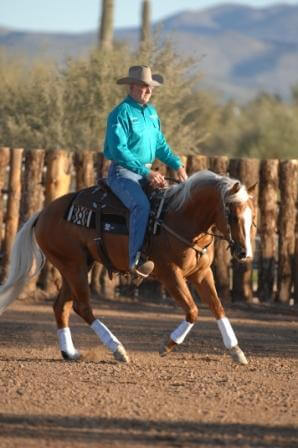 The “Busy” Horse and Developing an Average Lope

I have a 5-year-old Quarter Horse that constantly plays with bits and anything else he can get into his mouth. I’ve tried to ride in a set of mecate reins but he spends the entire time trying to get the tassel into his mouth. He’ll also grab the reins given the slightest chance and chews them. He seems to get into everything. I do love his character, but it can be hard to have him focus and stay on task. He has his teeth checked every 6 months and this was done only 3 weeks ago so I don’t think he has teeth problems. Given all of this information do you have a bit suggestion?

Thanks for your email. Your horse sounds busy keeping you busy with his habits! I am sure he did not just develop his behaviors since you have owned him, but that they came with him. Horses like him need a job! They need to be worked and to be kept busy.

I have a horse that plays with the bit. To help this irritating problem, I have a bit that I put on him in the stall, while on the walker, and when he is tied out. It is a curb bit with a thick mouth piece that I cut the shanks off of so they won’t hang up on anything. He is so much quieter after having it on him consistently (sometimes a few hours each time). It works well and is a technique that I learned from several great old horsemen.

I also ride him in a solid bit with no moving parts to encourage him to play. Good luck as nobody has the perfect solution to this problem. Sometimes I must refer to the old adage, “it is what it is!”

What do you feel when you have your horse loping? The “average” lope has three beats. That means two feet are falling to the ground at the same time while the other two legs fall independently, causing a 1-2-3 beat. A poor lope has four beats and feels like you are sitting on a malfunctioning washing machine.

The next aspect of an average lope is the rate of speed. A lope is an easy ground-covering gait that is smooth, rhythmic, and straight. A poor lope is too fast or lazy slow with the horse inconsistent, dropping his shoulder into the direction of the lead leg.

How do we develop the correctness of this preferred gait? It all begins with the forward transition from the stop, walk, or trot into the lope. Your horse must be able to round his back, flex his poll, and roll over into the three beat lope. A horse that rushes, pushes, leaps, goes sideways, trots rapidly, tosses his head, or does anything other than making a smooth, collected transition cannot lope within the average parameters. Once you have mastered a proper transition, you should use the lope, stop, back, lope repetition to ingrain a round and continued rating of speed.

Another method of developing a fine-tuned lope is to lengthen the forward stride by using your legs to encourage  greater motion. After the horse increases his stride and is covering more ground, collect him to a greater degree and slow the motion by shortening the stride. During this exercise, the use of your legs around the horse to compliment collection and maintain stride is imperative.

When you have accomplished the average lope it should be easy and comfortable. You horse should lope off with good collection, be round, and be instantly rhythmic with a three beat stride. He should start slow until encouraged to increase his forward movement. He should be able to maintain the riders selected speed on a light rein with good form. His frame should never change from his best walk all the way to the coveted “average lope.” Balance is key! The rider must sit in the middle and the horse should work off his hind quarters more than his front end. Remember, true collection should be a habit of a good lope. 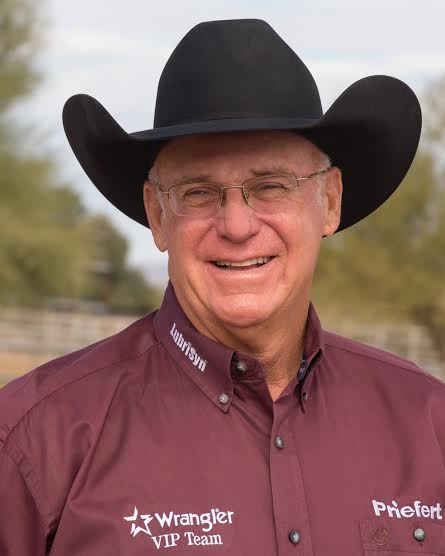