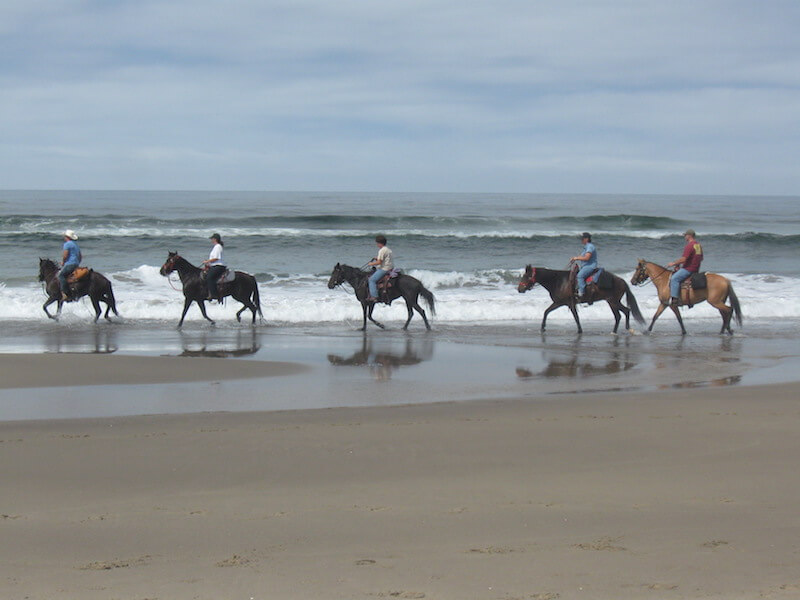 Nearly a year of planning paid off the first week of August as a herd of Blazers and their owners headed west to the Oregon coast for a remarkable three-day excursion.

The trip was planned by Mike Kruse, Dave Haynes and Dave Holliday and included 15 riders who gathered at Nehalem Bay State Park to ride on the beach, in the bay and on the forest trails. Of the 16 horses on the trip, 15 were Blazers. After a long caravan trip over for most from the Boise, Idaho area — which included a visit to a horse-friendly rest stop outside of Hermiston, Ore., where a dozen Blazers mingled alongside I-84 in a horse corral — the weather proved perfect for riding with a variety of excursions each day.

After a first day that saw many getting their horses exposed to the crashing waves, there were trail rides, rides into the bay, sunset rides, and a few moon-lit rides under a near full moon. The memorable time was also filled with smores and festive evenings around the campfire as a group; a perfect chance to relax after a long day of riding at the coast.

Many thanks go out to Mike and the Daves for their planning, as well as the invitation they extended to all ABHA members to be part of this annual trip to Nehalem Bay. Their foresight made the trip unforgettable due to the pleasure involved, rather than for any unexpected mishaps.